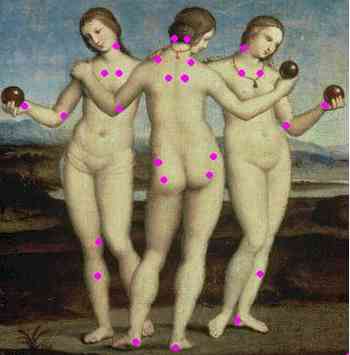 Fibromyalgia is often misunderstood and even held not to exist. We must consider the evidence.
This will contain the following sections:

I was going to call this section “dubious diseases” but that is not to suggest that all the diseases discussed here are figments of people’s imaginations. Some are real but poorly understood or misunderstood by many. Three diseases will be considered in the next three chapters, and for each the conclusion is different. Approach them with an open but sceptical mind, as always.

Fibromyalgia has a Latin etymology from fibro meaning fibrous tissue, then my from muscles, followed by al which means pain, and gia is condition of. In other words, it is a condition of painful muscles. It was described in the medical literature of the early 17th century. It was called fibrositis by 1Sir William Gowers in 1904 but because the suffice -itis means inflammation of, the term fibromyalgia is preferred. There is no evidence of inflammation. It is only in recent years that it has gained recognition.

Any disease that presents with variable symptoms and variable findings on examination will usually be rejected by the medical establishment, and with good reason. In addition, there are no clear pathological features at post mortem or on biopsy examination. There is no laboratory or imaging tests. These are the problems that fibromyalgia faces. It is also associated with a wide range of other conditions. Furthermore, the disease seems to be a spectrum of disorder rather than a clear clinical entity and various subgroups may exist. The American often call it fibromyalgia syndrome (FMS) which emphasises the multiple symptoms of the condition. It is unsurprising that over the years it has often been rejected as non-existent or the symptoms have been attributed to a psychiatric disorder, hysteria or malingering. The previous lack of clear diagnostic criteria has hampered research but this should now change with firm diagnostic criteria which were brought out around 1990.2Diagnostic criteria for fibromyalgia. NHS There is recognition by the World Health Organisation that it is a real entity.

Two terms which you may encounter with regard to the frequency of a disease are incidence and prevalence. The incidence of a disease is the number of new cases in a population in a given time. This may be cases per 1,000 people per year. Prevalence is the number of cases within a community at a given time. Thus the incidence of the common cold may be much higher than the prevalence, especially in the summer, as it is lasts a short time and some people may get more than one attack per year. The prevalence of a disease such as osteoarthritis, which people have for many years, will be rather higher than the incidence. The prevalence will be very high in older people.

Lack of widespread recognition and acceptance of fibromyalgia as a disease, makes it difficult to assess how common it is. Figures from experts may be misleading as they have patients referred to them from far and wide. A review of 10 studies from different countries reported a prevalence of fibromyalgia in the general adult population, as defined by the American College of Rheumatology, of between 0.7% and 3.3%, with a prevalence in women between 1.0% and 4.9%, and in men between zero and 1.6%.3The epidemiology of chronic generalized musculoskeletal pain In adults it is seven times more common in women than men. In children it is also more common in girls but the sex difference is less marked than in adults.

Symptoms usually start between the ages of 25 and 55 but it can occur in children, most often between 13 and 15 years old. There may be clusters in families but that does not necessarily imply a genetic basis.

A thorough and detailed history is required. The diagnosis may well have been missed in the past and the patient may even have had inappropriate surgery. The average patient has been complaining of symptoms for five years and seen several doctors before the diagnosis is made. The pain may be at a single point, flitting, or there may be complaints of pain all over. It is very easy to dismiss such complaints as purely of psychological origin. There may be a change in symptoms from day to day. With all this it is unsurprising that it has been so often neglected or dismissed.

History and examination are important not just to confirm the diagnosis but to consider other possibilities too. The patient may look fatigued and agitated but not unwell. An aura of neurosis may be misleading. Chronic pain that is undiagnosed despite the patient having seen several doctors, many of whom may have been rather dismissive, could be the cause of neurosis rather than the result.

Some abnormalities of carbohydrate metabolism have been found. The level of substance P in the cerebrospinal fluid around the brain and spinal cord is about three times normal. Substance P is a nervous transmitter that is associated with pain. Nevertheless, the condition is described as of unknown aetiology (cause). There is no laboratory test to help with diagnosis and no useful imaging technique such as x-rays or MRI. The diagnosis has to be made on the basis of variable complaints and physical signs. There is no diagnostic imaging technique or laboratory test to help with the diagnosis of Parkinson’s disease, but no one would dispute its existence. However, there are quite definite abnormalities in the brain in Parkinson’s Disease and these can be demonstrated post mortem.

There is also considerable clinical overlap with chronic fatigue syndrome or CFS, previously called myalgic encephalitis or ME and this condition is discussed in the next chapter.

In clinical practice the diagnosis of “fibromyalgia” is often given to individuals with chronic widespread pain for which no alternative cause can be identified.

According to the NHS website, the most widely used criteria for diagnosis are:

The 1990 classification criteria of the American College of Rheumatology (ACR) for fibromyalgia syndrome (FMS) combine chronic widespread pain (CWP), which indicates pain on both sides of the body, above and below the waist. There is tenderness on pressing in at least 11 out of 18 defined tender points. The picture of The Three Graces by Rafael has been used as the basis for demonstrating those points. Fibromyalgia is typically accompanied by sleep disturbance, fatigue, and anxiety, and by other symptoms such as depression, gastrointestinal symptoms, and headache. In addition, it is often associated with chronic fatigue syndrome, irritable bowel syndrome (IBS), irritable bladder syndrome or interstitial cystitis, and temporomandibular disorder. The last is pain in the jaw joint. The common theme is that patients have chronic pain and other bodily symptoms, but without apparent tissue damage or inflammation.

The “trigger points” are shown in this picture based on The Three Graces by Rafael. The theme of the Three Graces has been copied by many artists and sculptors

The term “management” is preferred to “treatment” as the latter may imply a cure which is not always possible. Management includes far more than just treatment. There is no cure for fibromyalgia, but the patient will be much reassured to know that a firm diagnosis has been made and that she is not being dismissed as neurotic. The absence of a cure should not be confused with an absence of management. 4Guidelines on the management of fibromyalgia A firm and confident approach is required.

Rehabilitation and physiotherapy must be carefully monitored as it can aggravate the situation. Daily aerobic exercise at least 3 times a week and flexibility training can be useful. The goal is to exercise safely and without increased pain. Much of the aim of exercise is to reverse the process of lack of fitness as a result of the disease. A Cochrane review concluded that supervised aerobic exercise training has beneficial effects on physical capacity and symptoms.5Exercise for treating fibromyalgia Cognitive behavioural therapy, relaxation training, group therapy, biofeedback, and stress management are some of the most useful options but more research is needed. A systematic review from the European League Against Rheumatism found that the only recommendation for management with a strong recommendation was exercise.6EULAR revised recommendations for the management of fibromyalgia

Antidepressants may be helpful for both pain and poor sleep, even in the absence of clinical depression. Pain killers may help but avoid any that are likely to lead to addiction and avoid sleeping tablets as they can also cause dependency. However, the painkiller tramadol is recommended with a strong evidence-base and this is sometimes a source of addiction. A couple of other drugs such as gabapentin and pregabalin may help but many people find them too sedating. There is a new and related drug but it is too early to assess as it is not yet licenced.

Manipulation, massage and acupuncture may possibly be of value but the evidence is poor. Herbal remedies should be treated with caution as they do have pharmacological actions but are poorly investigated for efficacy and adverse effects.8An overview of systematic reviews of complementary and alternative medicine for fibromyalgia Contradictory advice is given about foods that are good or to be avoided. Evidence is poor and there is no reason to believe that diet is of much importance except that obesity should be corrected.9Fibromyalgia and nutrition However, there will are plenty of people trying to sell various diets for the condition. If people feel that conventional medicine has failed to help them, they are very susceptible to the claims of the snake-oil salesmen.

Fibromyalgia is not a life-threatening, deforming, or progressive disease but it can have a marked effect on the quality of life. The symptoms are variable. Without diagnosis and treatment, the disease may appear to progress due to sleep deprivation and physical deconditioning. Active management should improve function. The prognosis in children may be more favourable than in adults.

Many aspects of this disease can lead the patient to be dismissed as purely neurotic. The disease is real but it requires a most meticulous and conscientious doctor to diagnose and to treat it. Treatment is management rather than cure. Whenever conventional medicine is unsatisfactory in any disease there will always be plenty of those who will offer alternative treatments that are untested and hence of dubious efficacy and possibly even dangerous. Sufferers will obviously be tempted but they should stay with treatments that have an evidence base and not submit to charlatans with worthless remedies.

This website is now completed, although I shall continue to do updates. The following list shows the sections or chapters. Just click on the topic in blue to go to that part of the site.